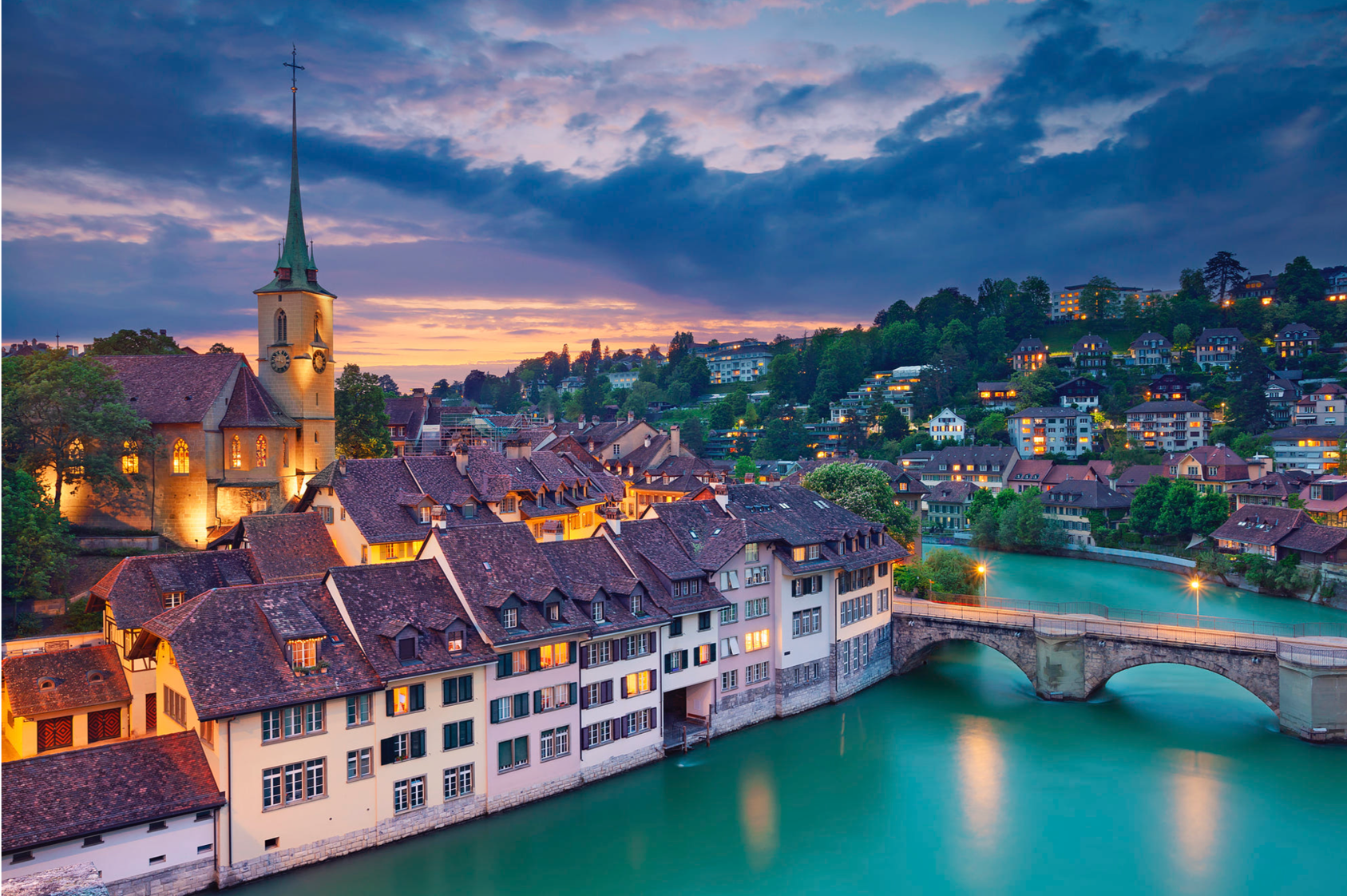 Small and sweet, the Swiss capital of Bern (pop 130,000) must be amongst the most relaxed capitals of Europe.

Framed by leafy hills, Bern’s historic heart is a peninsula, surrounded by the glacial currents of the Aare River. This cozy 800 year-old city is also one of Europe’s best preserved and full of architectural quirks, from old merchant houses to ancient clock towers, including its landmark Zytglogge tower.  The Old City’s cobblestoned streets are lined with Bern’s characteristic arcade-covered walkways, home to countless eclectic boutiques, that you’ll find nowhere else in Europe.

Watch the brown bears in their grassy enclosure near Nydegg Bridge, where the city’s mascots have been kept since the Middle Ages or pay a visit to Albert Einstein Museum where the genius worked as a clerk at the local patent office and (probably bored from work) started mulling over his famous relativity theory.