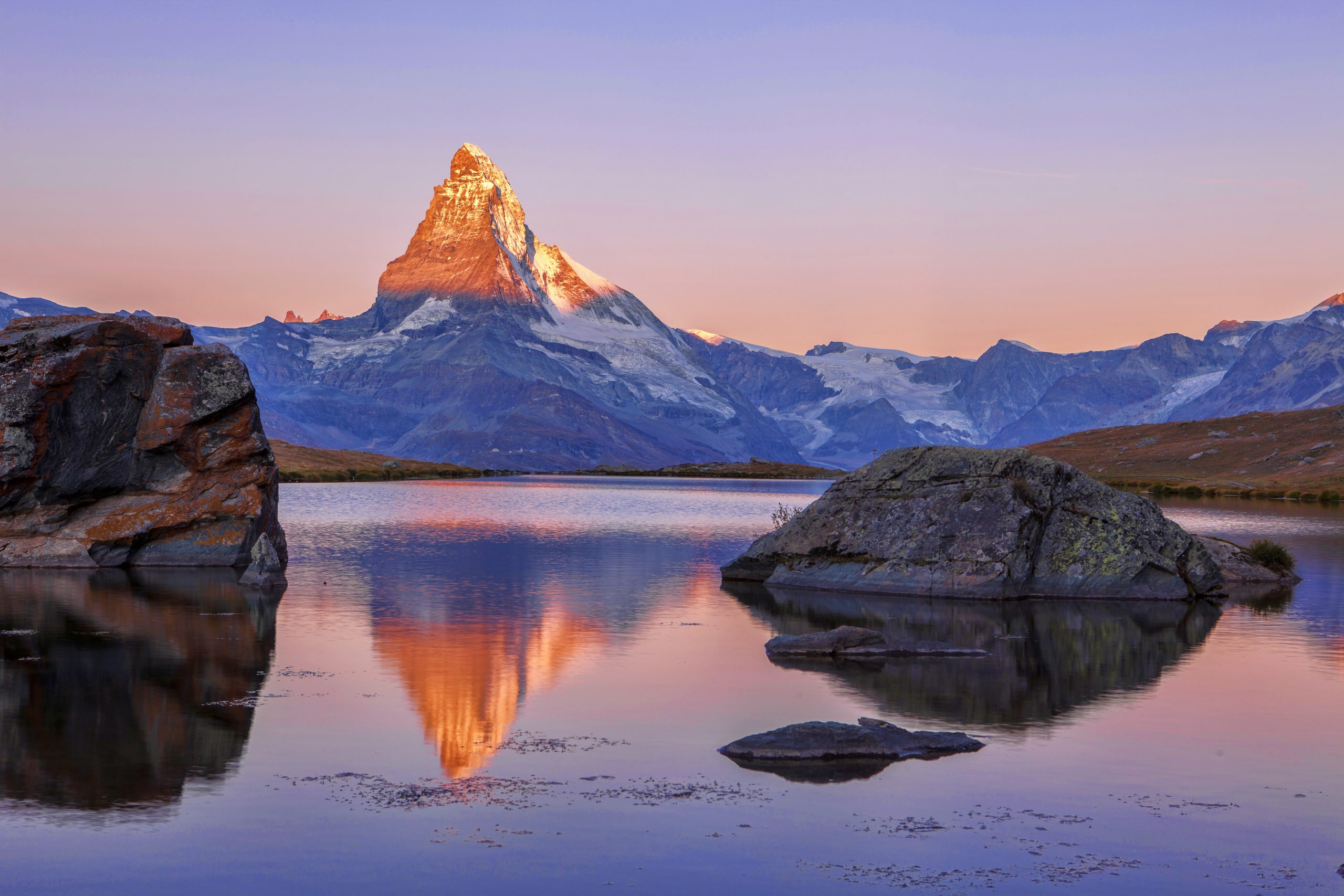 MATTERHORN: THE JEWEL OF THE SWISS ALPS

Majestic Matterhorn is the uncontested Jewel of the Crown of the Swiss Alps and has been inspiring mountaineers and travellers alike ever since this remote area became accessible. Rising like a jagged tooth, sharp and rugged at 14,692 feet, it was first ‘conquered’ on 14th July 1865 in a dramatic expedition by Englishman Edward Whymper – tragically four climbers died and their bodies still lie buried in the eternal ice of Matterhorn’s steep slopes.

Since that time over 550 alpinists paid the highest price when attempting the daring climb and Zermatt’s mountaineer’s graveyard lends a touching testimony to climber’s heroism and improvidence alike. Notwithstanding the Matterhorn still remains on many climber’s “bucket list”. Without a cable car to take you to the top, it’s a hard-earned victory for a chosen few! Definitely one of Europe’s most famous peaks it makes for an impressive landmark looming over Zermatt, both fascinating and awesome (in the true sense of the word) thanks to its sheer size and pristine majestic Alpine setting. Could it be the ultimate mountain peak?