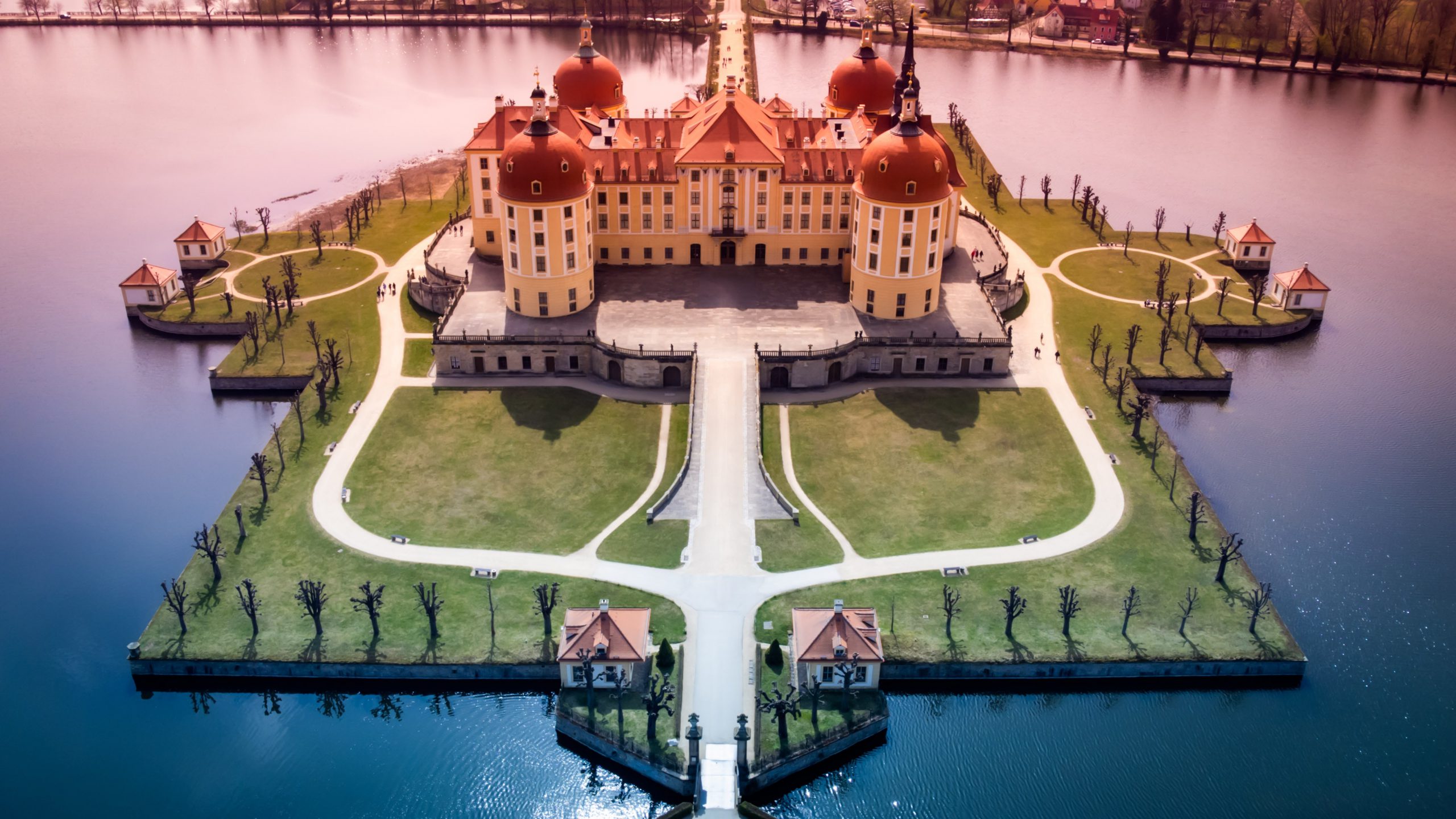 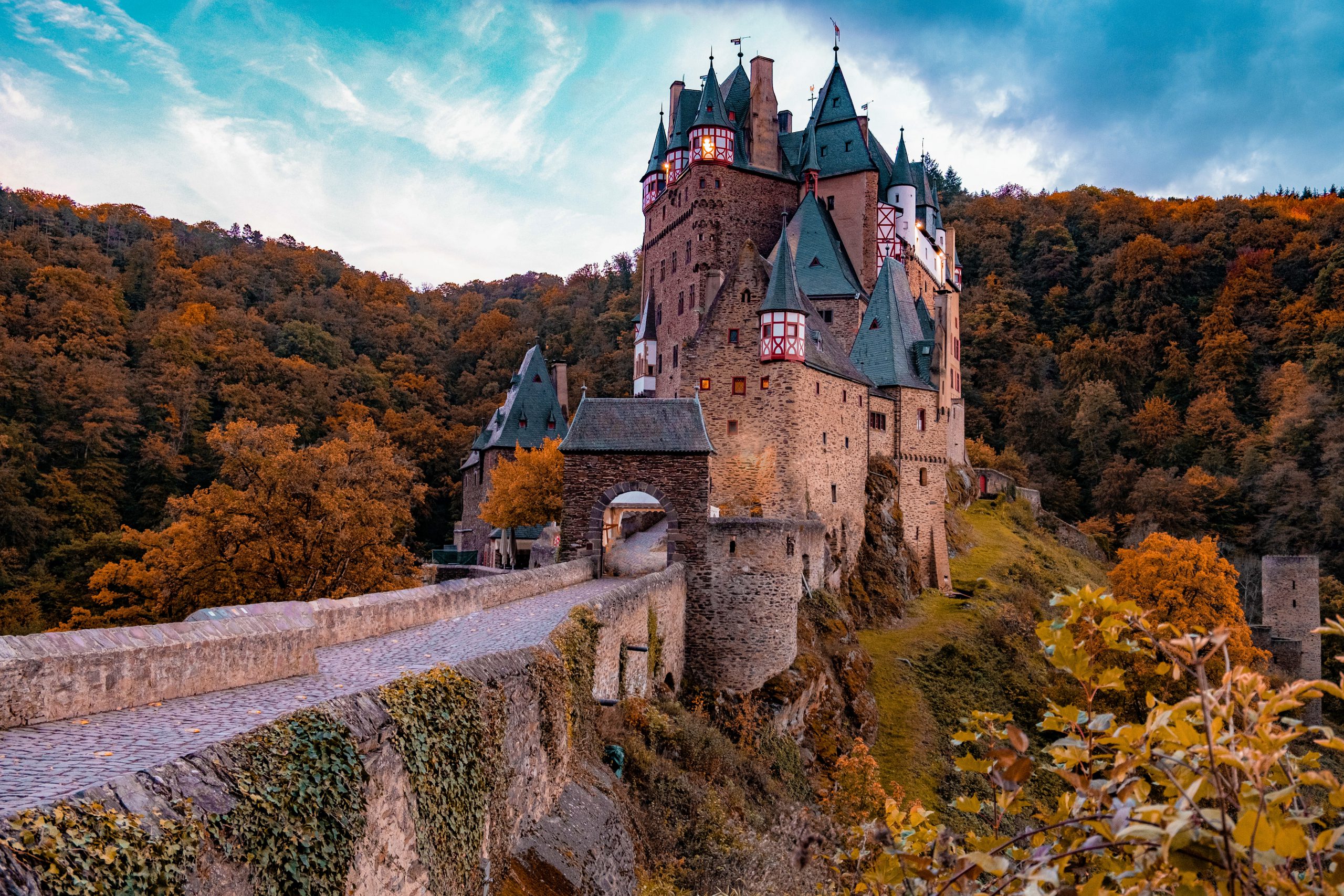 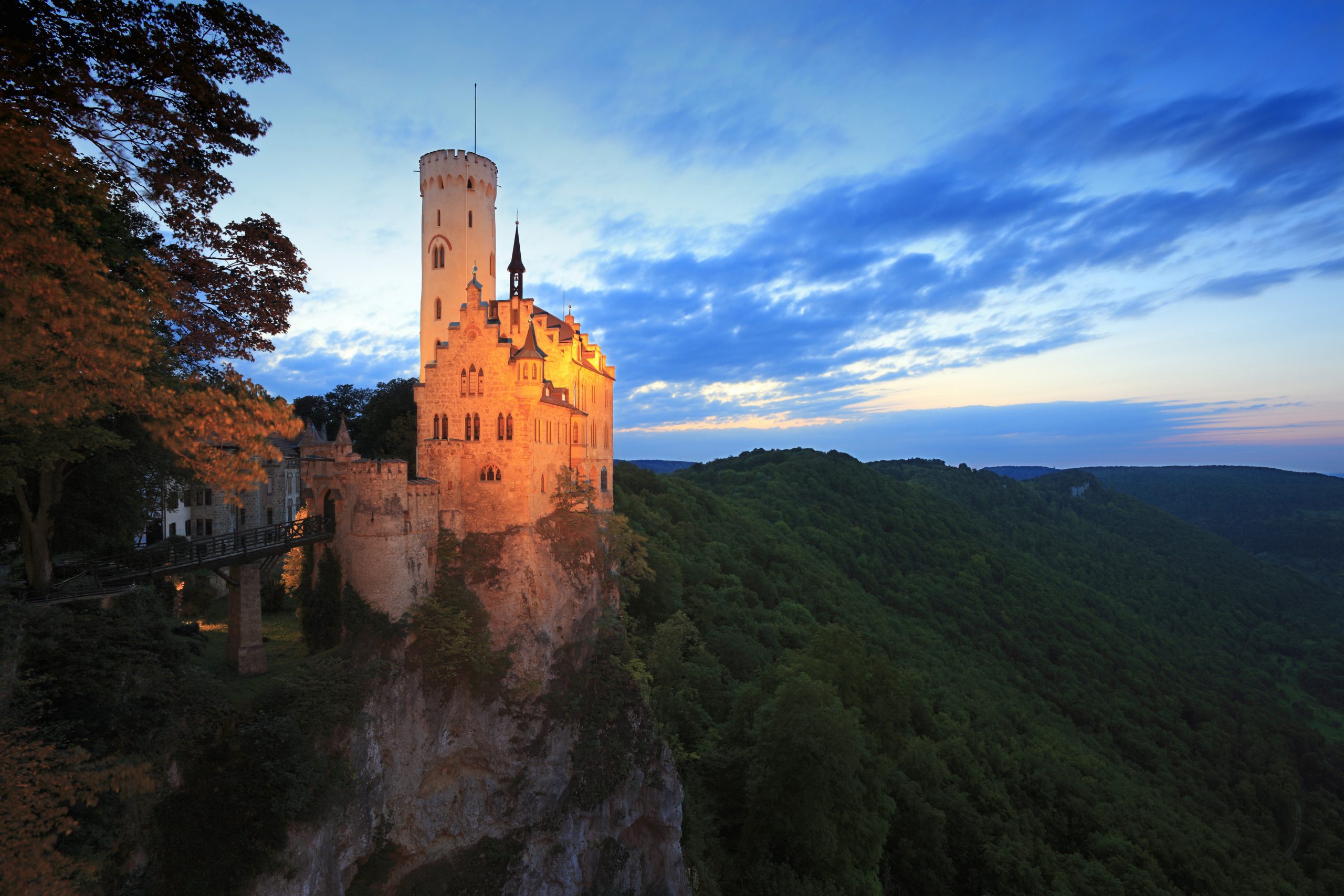 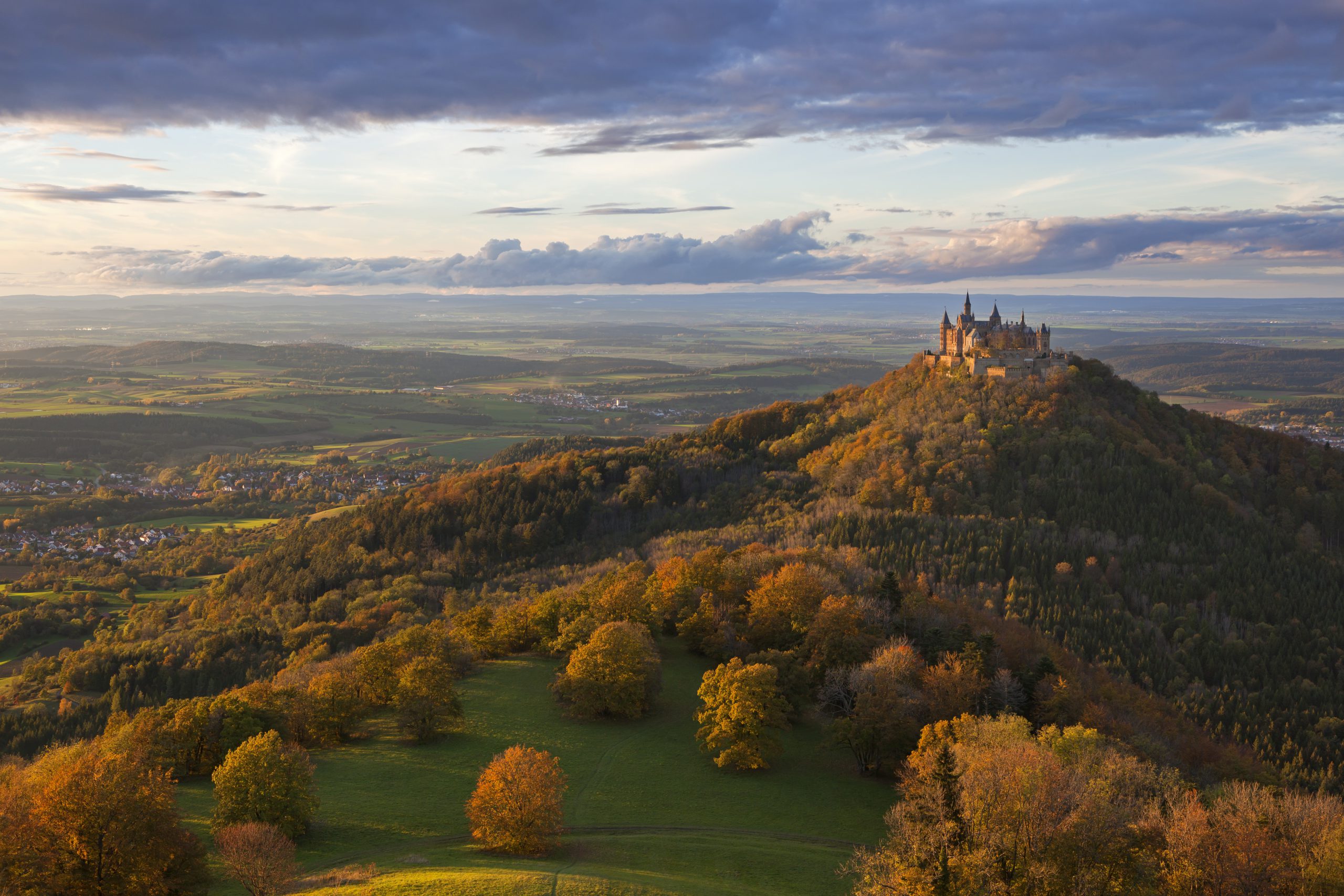 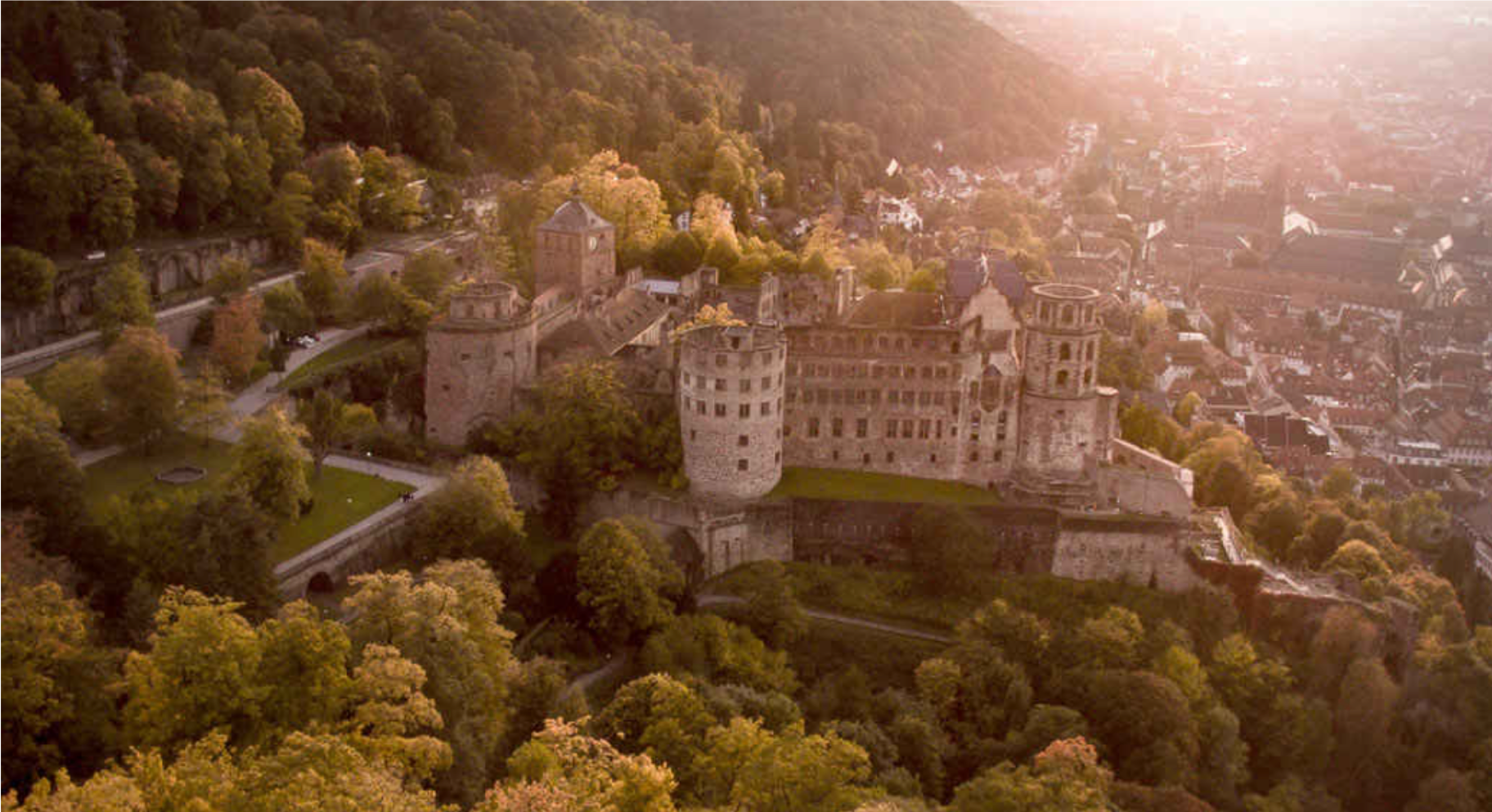 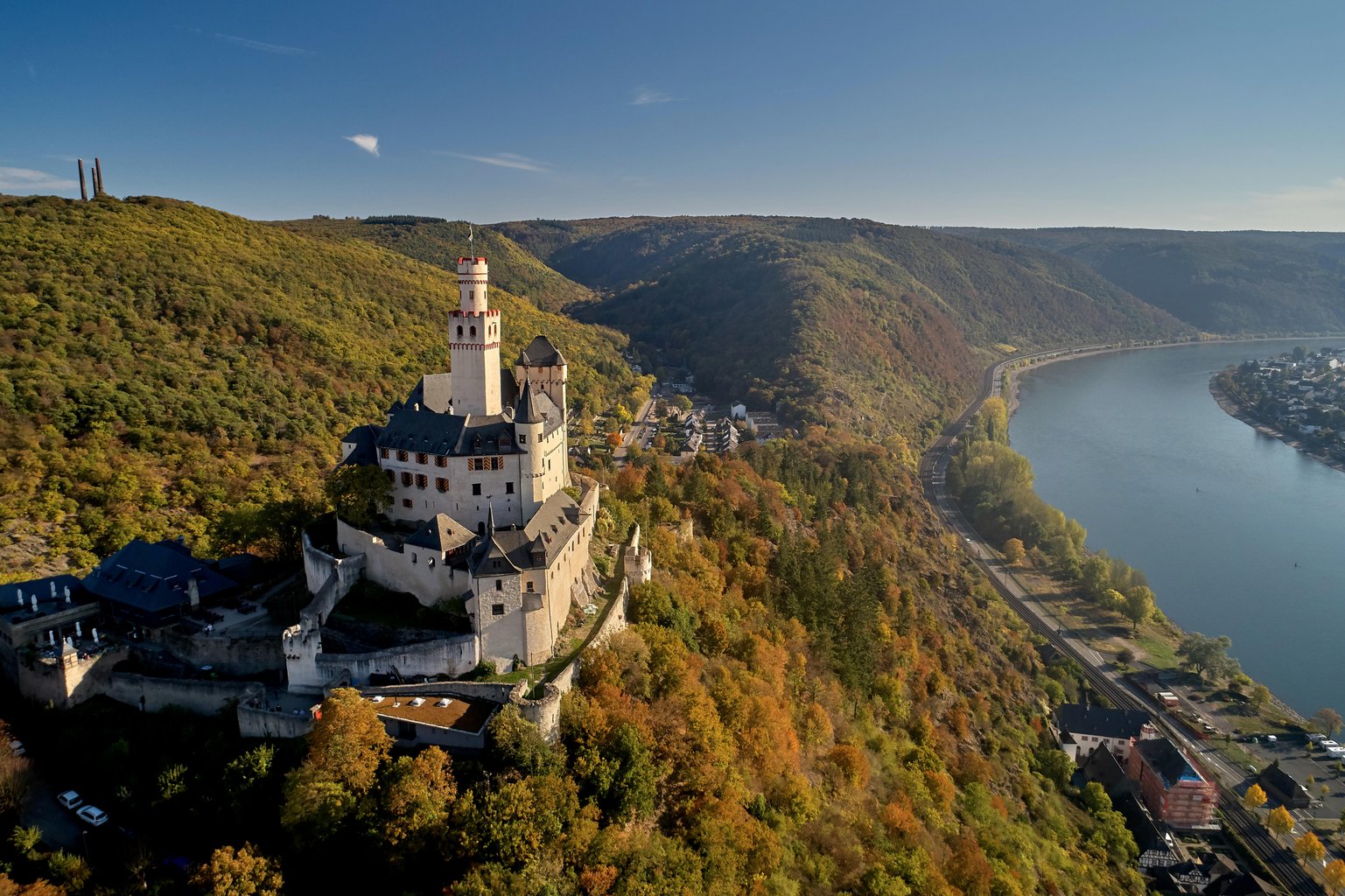 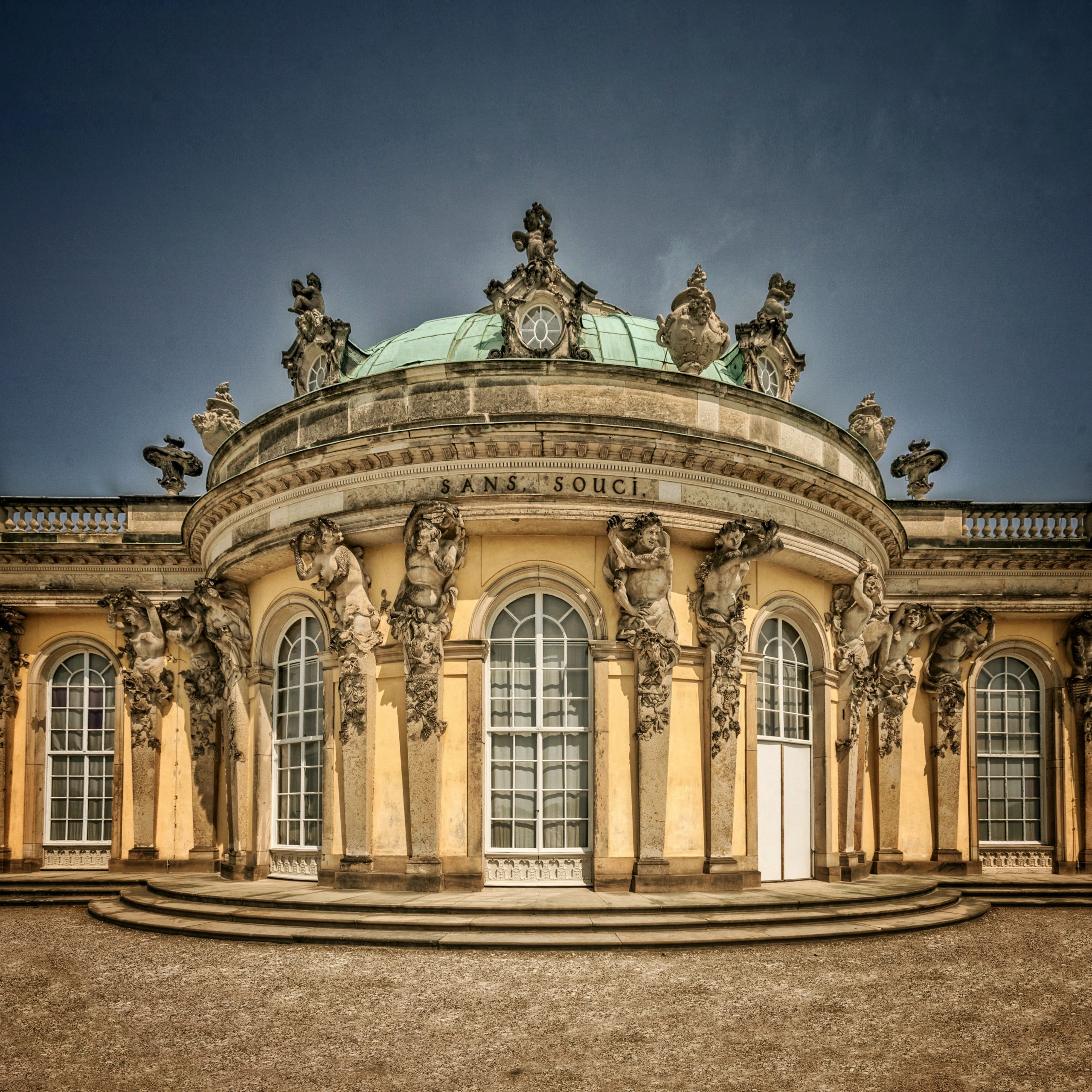 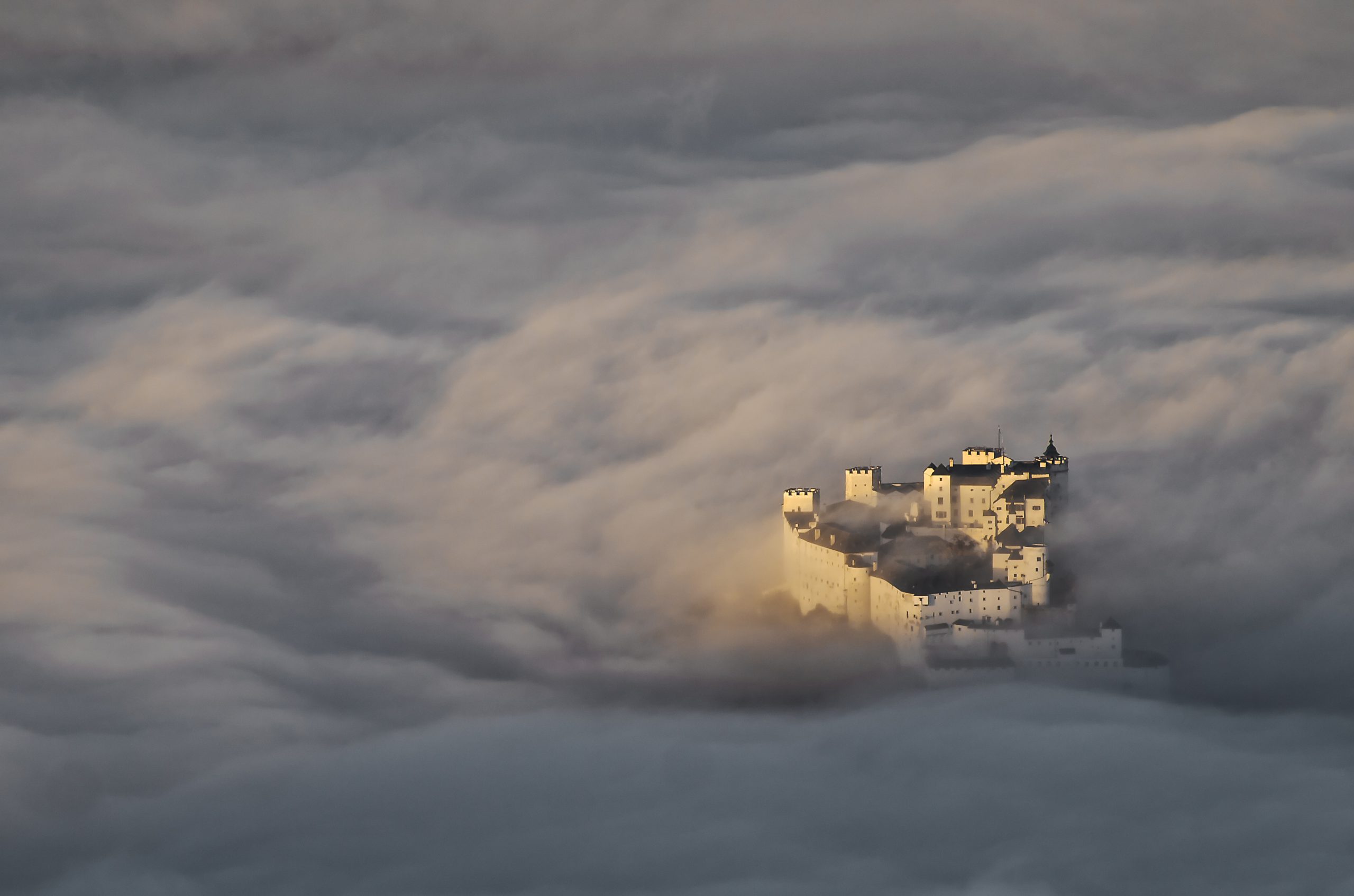 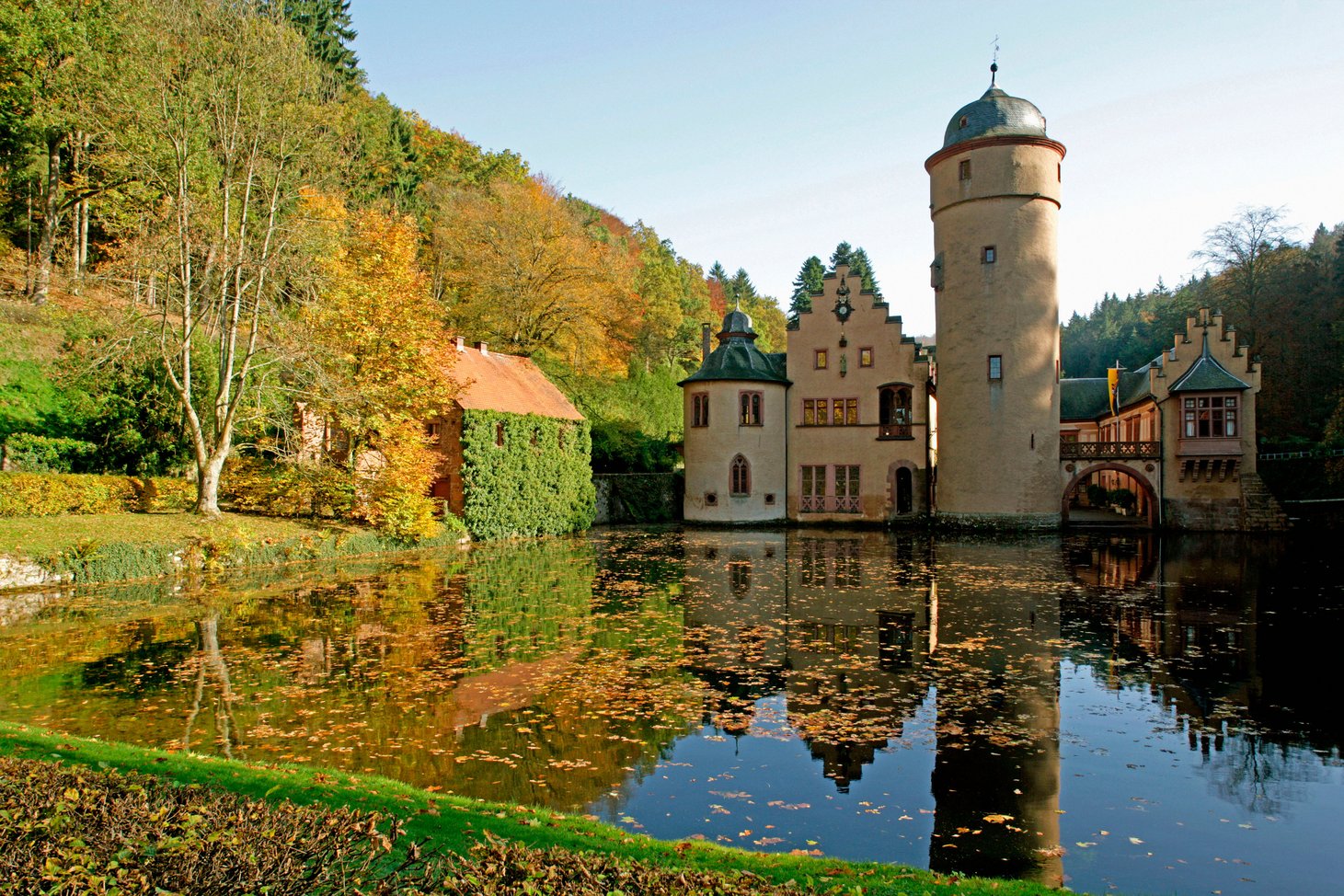 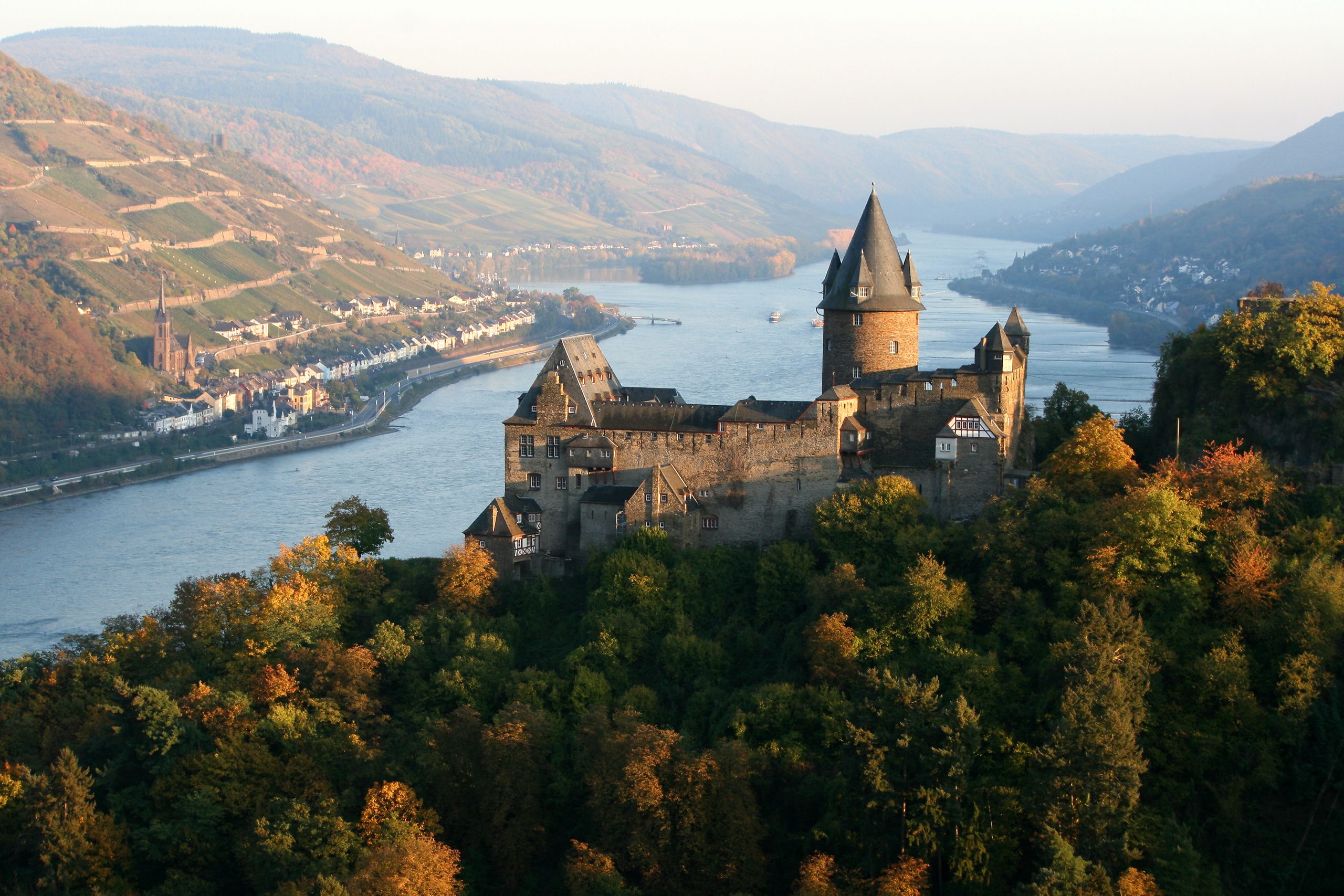 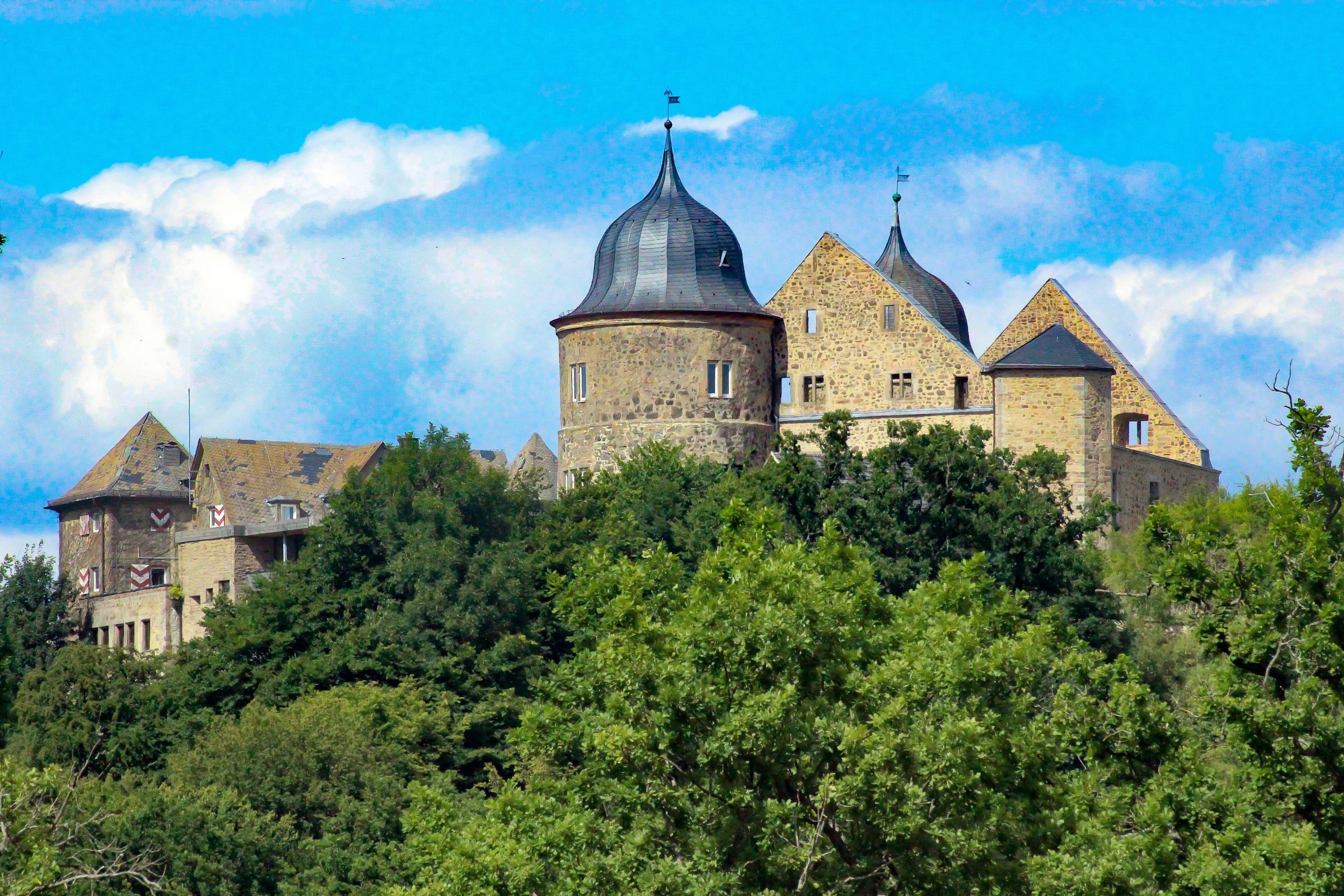 Moritzburg: Germany’s prettiest moated castle near Dresden was the hunting lodge of fabled August the Strong of Saxony

Burg Eltz: with its countless towers and turrets is hidden in a remote valley near the Mosel River and is still inhabited by the same family since the 13th century

Romantic Burg Liechtenstein: was built in the late 19th century by an industrialist when it became a fashion fad to emulate medieval castles, knightliness and style.

Hohenzollern Castle is still owned by the Hohenzollern family, the Prussian dynasty that ruled Germany until the end of WW I. The last Imperial Crown is still on display in the castle.

Heidelberg Castle is Germany’s largest castle ruin and was the seat of the Prince Elector of the Palatinate – until it went up in flames. Ever since, the ruins have inspired romanticists, poets and travelers alike.

Marksburg is the only castle in the Romantic Rhine Valley that managed to survive all warfare since the 13th century and still thrones in its original state over the River Rhine. The torture chamber looks really scary!

Moated Castle Mespelbrunn: this fairy-tale castle was built in a remote part of the Spessart forest as a holdout against marauding robber bands and bandits.

Burg Stahleck Castle: has been rededicated as a Youth Hostel for noisy school classes from Dusseldorf

Sababurg Castle: is said to have served as an inspiration for Brothers Grimm‘s Sleeping Beauty fairy-tale.