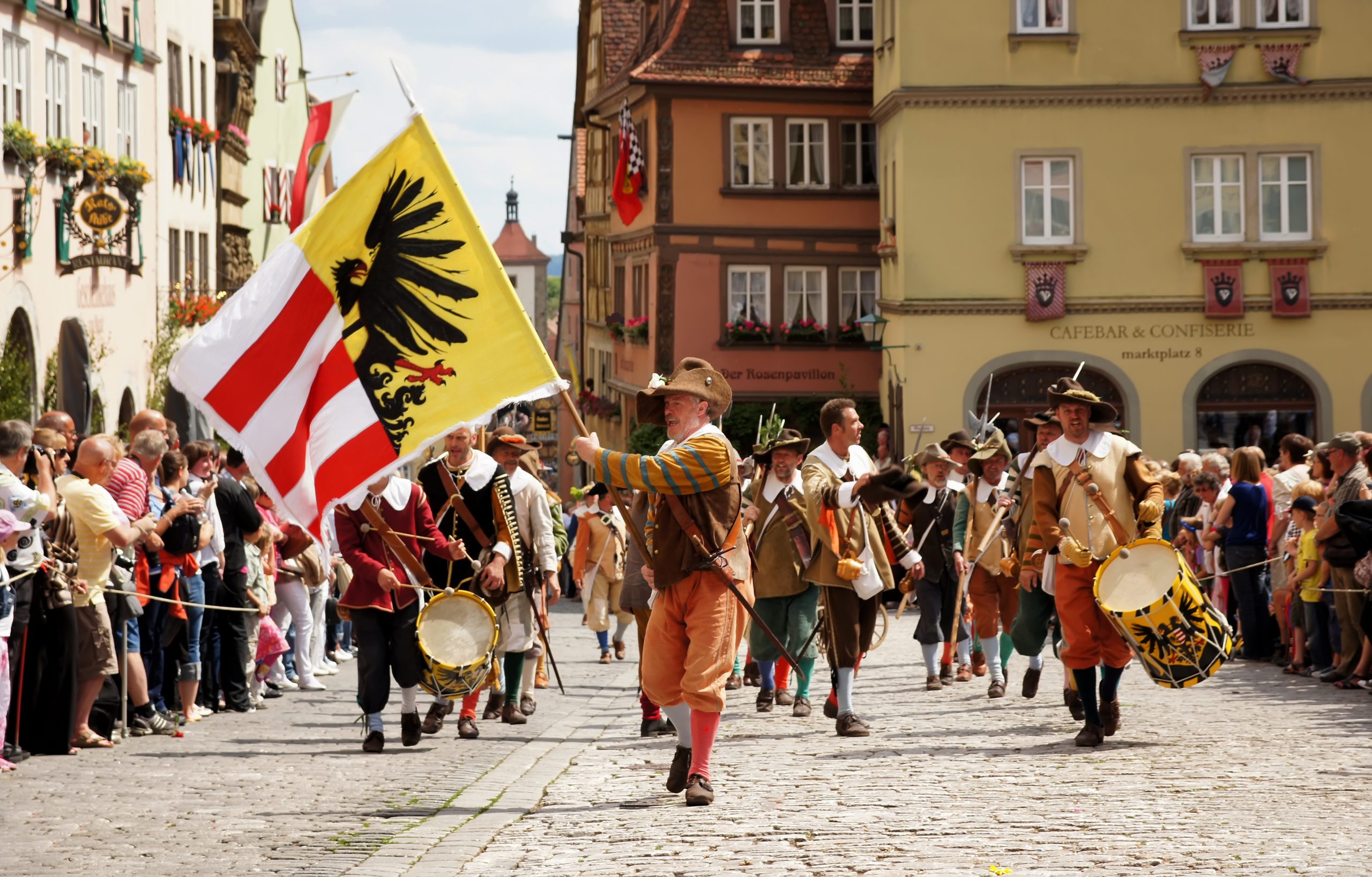 Rothenburg’s traditional Imperial Festival is one of the country’s most significant historic festivals taking place over the Pentecote weekend.

Commemorating the dramatic events of AD 1631 when Rothenburg was under siege during the Thirty Years’ War, local citizens re-enact those turbulent days every year in what has become Germany’s most authentic and traditional medieval festival.

Soak up the lively atmosphere and catch the colourful parade featuring a fanfare on horse-back. You’ll also come across marauding troops “looting” the town, a historic military encampment giving an insight into life as a medieval soldier, and a historic crafts and food market to pick up a few souvenirs!