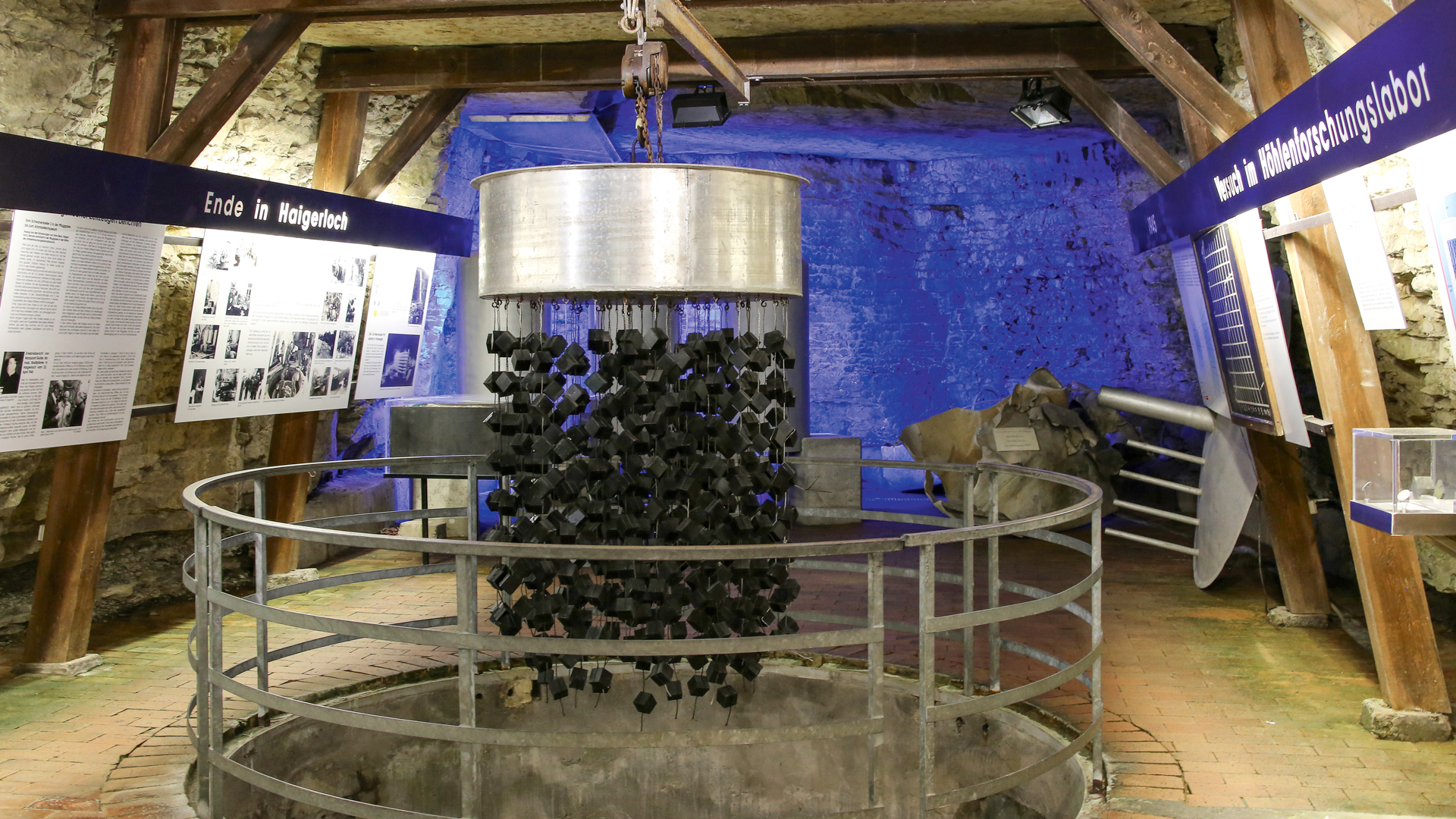 In the final months of WW II, when Berlin became a frequent target of Allied bombardments and Russian troops moved closer, Germany’s nuclear research program was hastily re-located to a safer place in the small town of Haigerloch at the edge of the Black Forest. The scientists under the lead of Werner Heisenberg, a Noble laureate, put up tent in a former beer cellar, carved into the solid rock face underneath the local castle.

In this cramped space Heisenberg and his team brought about Germany’s first chain reaction in a race to develop a nuclear reactor.

As an American special unit, afraid that Hitler’s atomic bomb was close to completion, ultimately reached the compound in April 1945, they were relieved to discover Germany’s  atomic bomb didn’t get very far and – to speak the truth – nothing resembled the Manhattan project…

Today the Atom Cellar is an impressive museum and the former nuclear lab is open for visitors, including a full size replica of the reactor, and even two of the original uranium cubes on display.