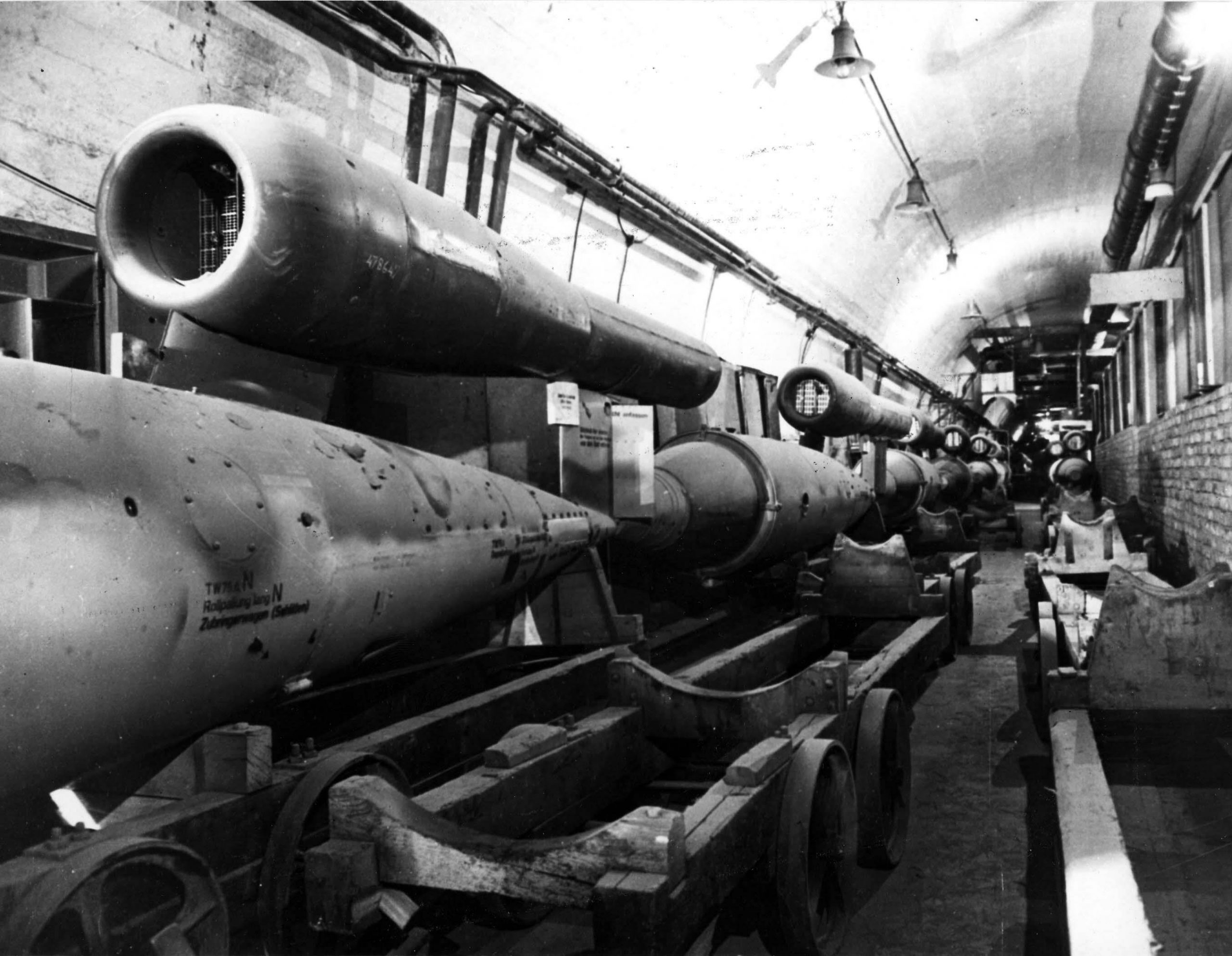 When Germany’s defeat was already looming, Nazi leaders were all about its “Wunderwaffe” V1 and V2 rockets. The doomed regime fantasized these deadly weapons would change fortunes in Germany’s favour. As the reach of Allied bomber fleets increasingly threatened German arms production, the V1 and V2 production facilities where relocated to a gargantuan underground tunnel system in the remote Harz mountain range.

The Mittelbau Dora tunnel factory employed over 60,000 prisoners, forced to work under utterly inhumane conditions in the rocket production line, all under the watchful eyes of Wernher von Braun (who later made a career in the NASA rocket program) and his engineers.
DD will arrange for a fascinating tour of this titanic tunnel system. Armed with no more than torches, you will be able to tour the remainders of the underground rocket production factory. The sheer size of these giant facilities is daunting, and even today, rusty rocket parts still lie strewn on the ground. The visit is chilling and a rare insight into the inner workings of the German war machine. It’s hard to fathom the atrocious working conditions prisoners had to endured daily, and to understand the scope of the ill-fated grand plans they were a part of.