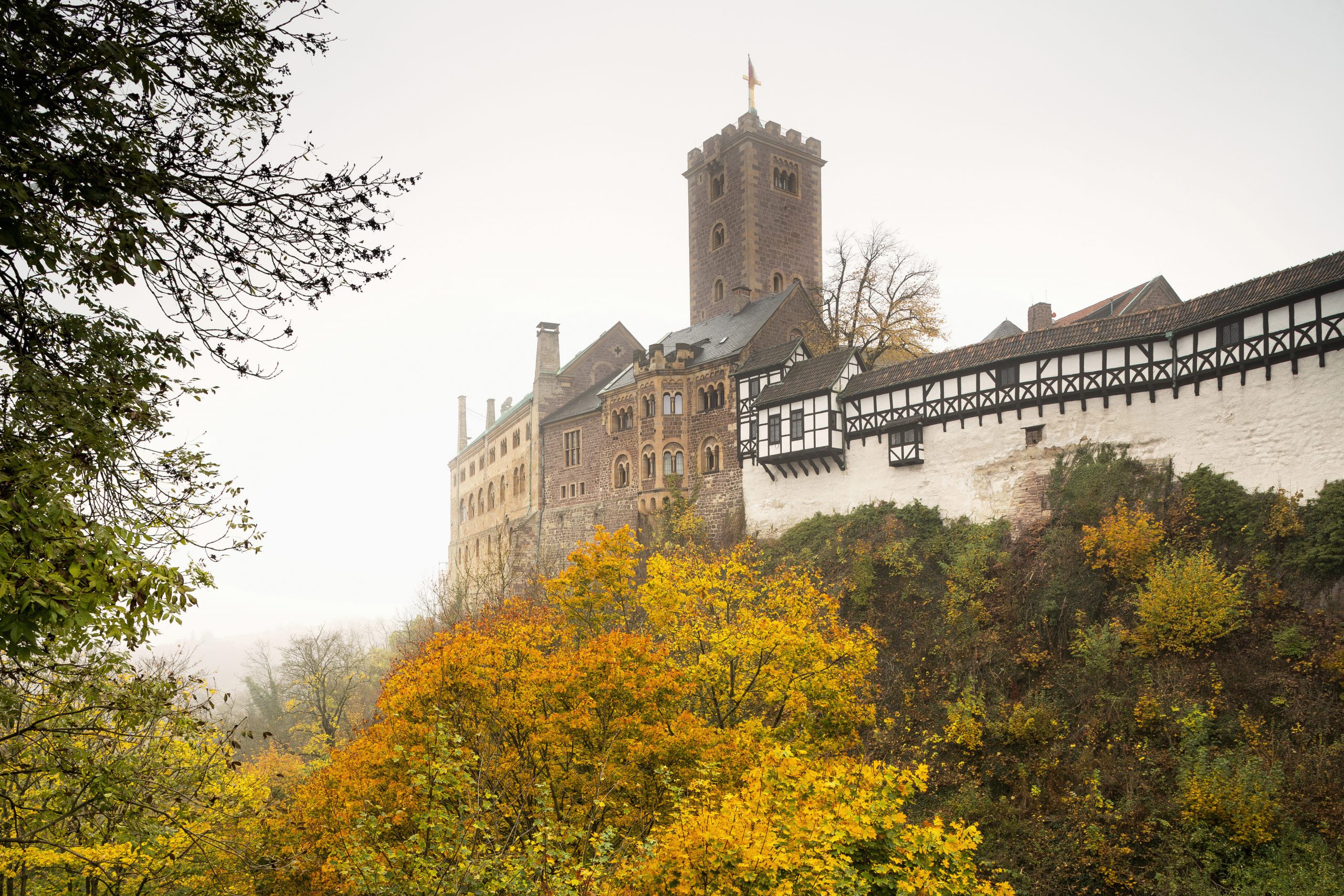 Wartburg, probably East Germany’s most famous castle, is almost 1,000 years and one of the best-preserved medieval fortresses in Europe. One of the country’s most important citadels, it’s imposing and impressive, sitting high above Eisenach town. Martin Luther once took refuge here as “Squire George” after being declared an outlaw at the “Diet of Worms’ trials in 1521. It was here where Martin Luther translated the Bible from Latin into modern German, making it understandable for regular folk.