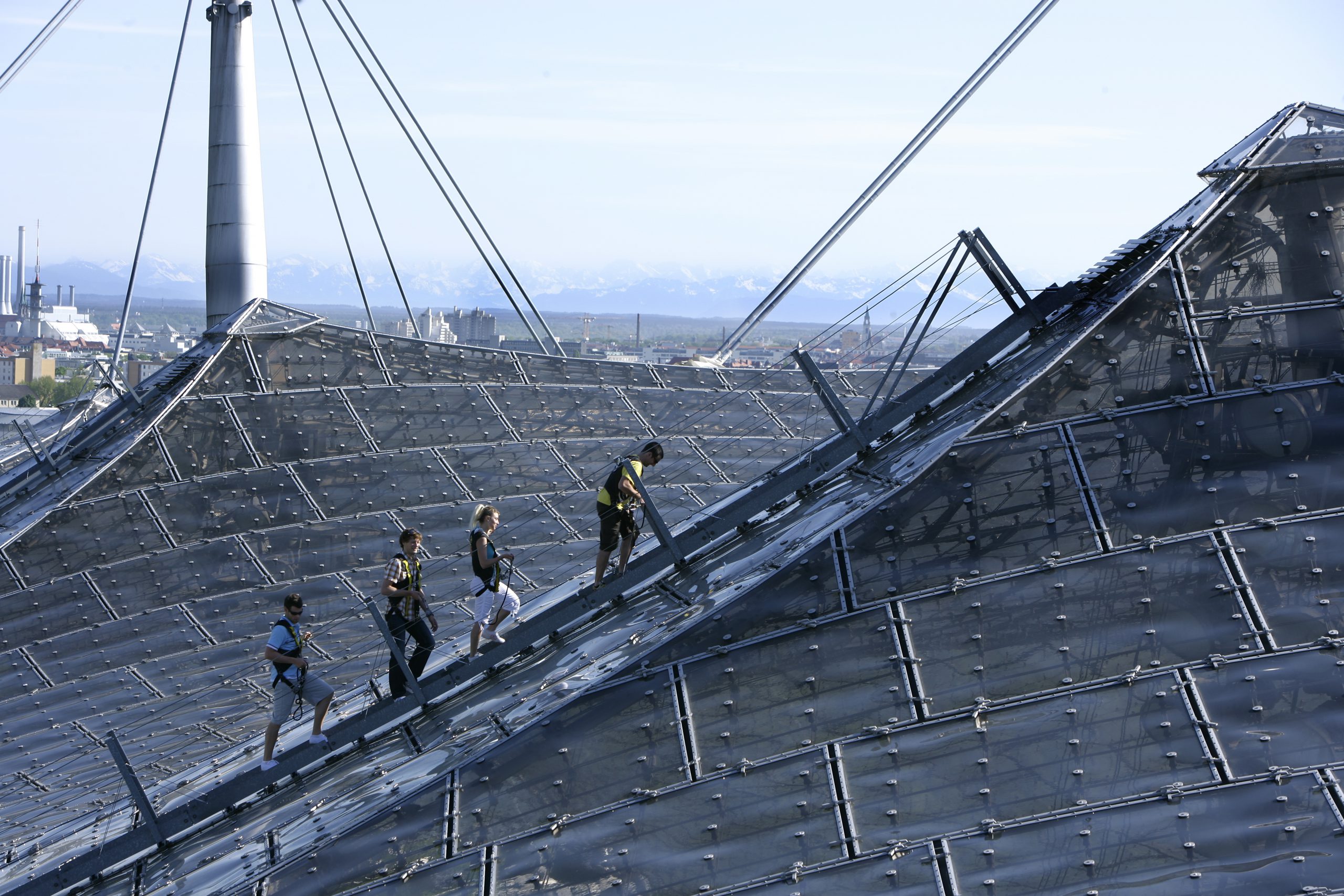 Munich famously hosted the 1972 Olympic Summer Games and since then, the Olympic stadium with its awe-inspiring tent-shaped glass roof has been one of the city’s major landmarks. An astounding piece of architecture, it’s best seen from the top!

Join your DD Guide in the heady ascension to the top of the glass roof and try your hand at a little ‘urban mountaineering’! The reward? The awesome view of the Olympic Park, the many church spires soaring over the Munich skyline and, on the distant horizon, the unmistakable outline of the snow-tipped Alps.