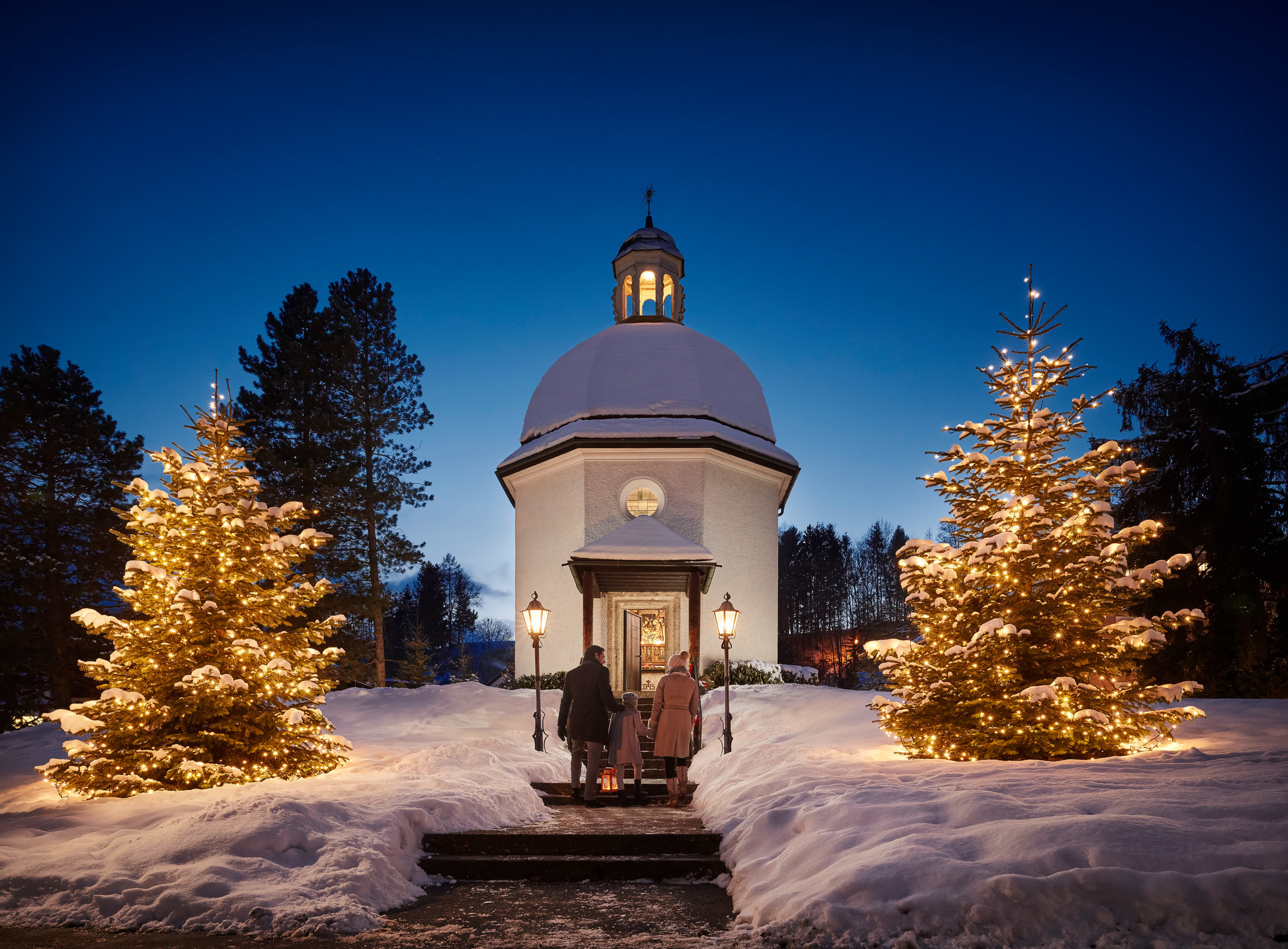 A true Christmas classic, Silent Night has become an integral part of our collective childhood memories synonymous with Christmas spirit, warming our hearts across generations.

First performed in AD 1818 in a little chapel outside Salzburg in the village of Oberndorf, it was composed by Franz Xaver Gruber, a poor destitute clergyman and an assistant teacher, Joseph Mohr. Translated into 300 languages and sung by about 2 billion Christians every Christmas, it became the world’s most popular carol, even being declared an “intangible cultural heritage” by UNESCO in 2011!

It’s hard to get any more Christmassy than this – making your own pilgrimage to the chapel which now stands where the original St Nicklaus’ church once stood. It’s most likely that it’ll be a snowy white night, with twinkling lights and a hint of magic in the air!