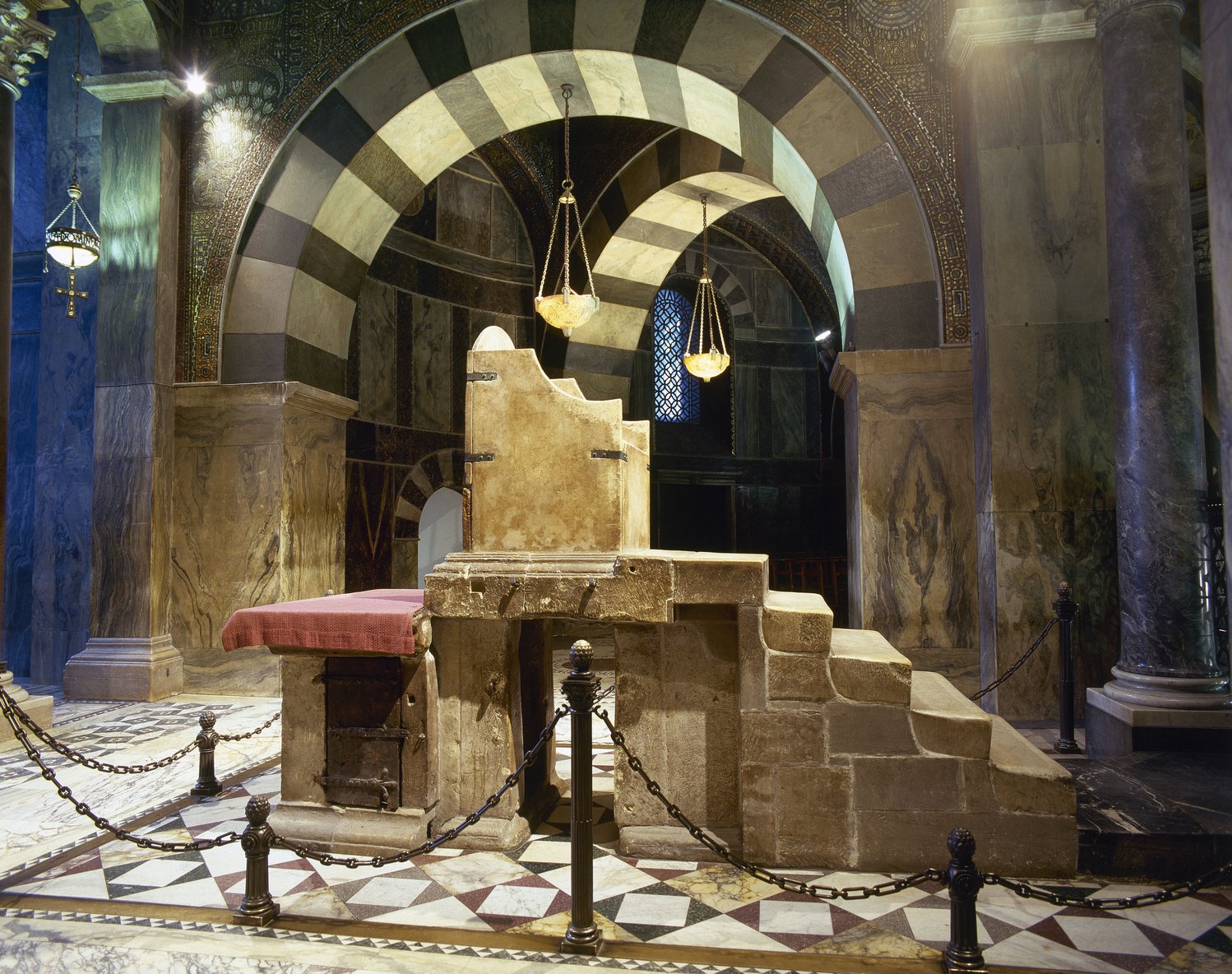 Following the demise of the West Roman Empire, Franconian King Charlemagne (Charles the Great) was the first leader to unite large parts of Europe. By AD 800 Karl was solemnly coronated, as the first Emperor of the Holy Roman Empire of the German Nation, creating the medieval German Empire that would subsist until 1806.

Karl chose Aachen, bordering with France, as the centre of his new empire, establishing his throne in the church that is now the Cathedral of Aachen. The throne served for the coronation of a further 30 German kings and emperors and, despite the odds, the original throne survived and is still standing in the very same spot in the chapel today!

Discover the history and mysteries of Aachen, and one of the Middle Ages’ greatest artefacts: a humble-looking marble throne emanating a subtle, symbolic force. Could it be the sheer energy remaining from those German Emperors wielding such tremendous power over vast parts of Europe throughout our history?

This is the real game of thrones!