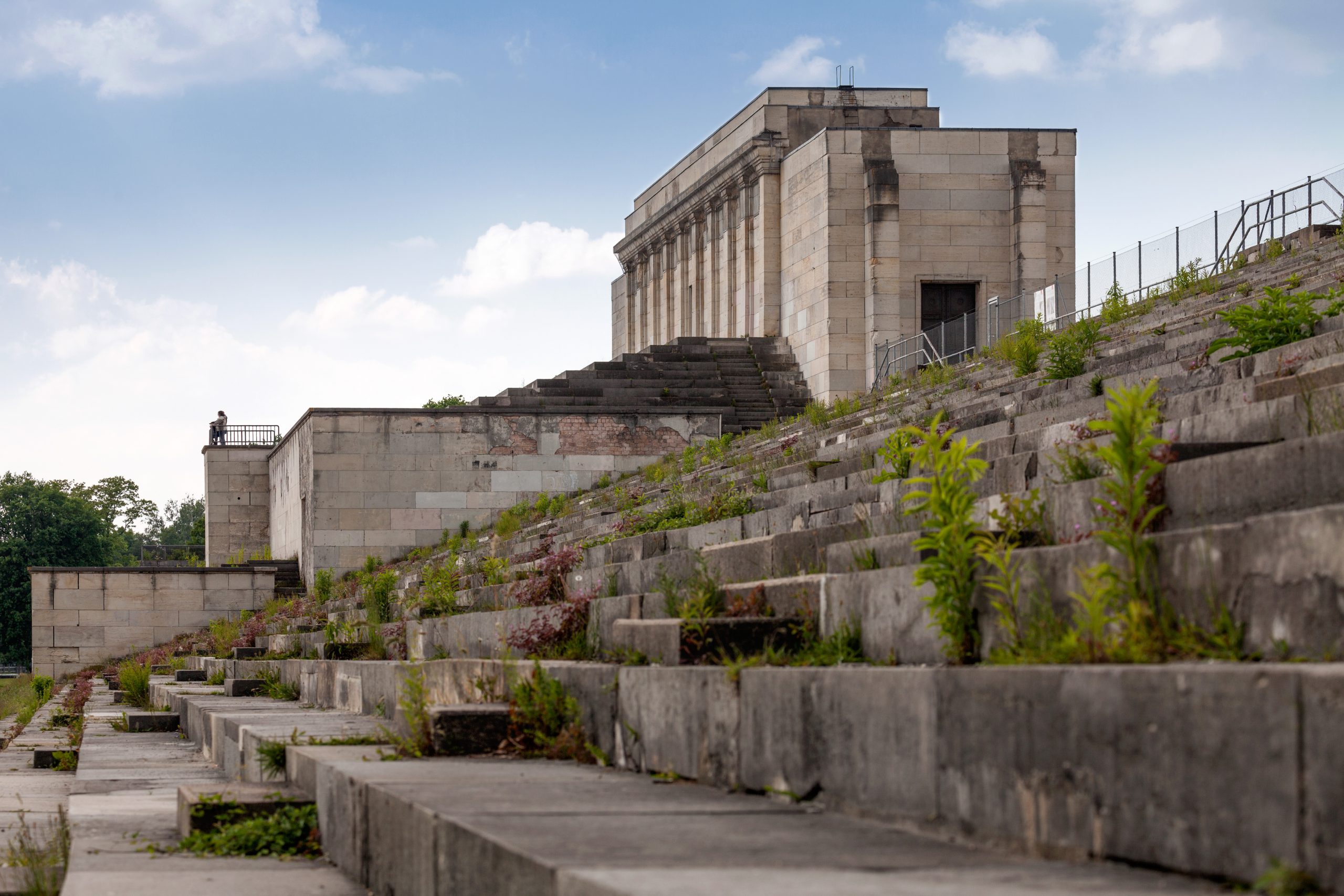 Nuremberg earned dubious fame as the host city of the infamous Nuremberg Nazi Party Rallies, when 100,000s of Germans insanely hailed to The Führer and his cronies during perfectly choreographed demonstrations of Nazi power – seductive and angst-inducing at the same time. DD will take you to the remnants of the gargantuan marching field and stadium that lend testimony to the Nazi Party’s rise to power and the malevolent workings of its propaganda machinery.
Immediately after WWII Nuremberg became the site for the Nuremberg Trials where Germany‘s war criminals where ultimately convicted by an Allied Jury. We will take you to the very court room where Nazi leaders were ultimately brought to justice.