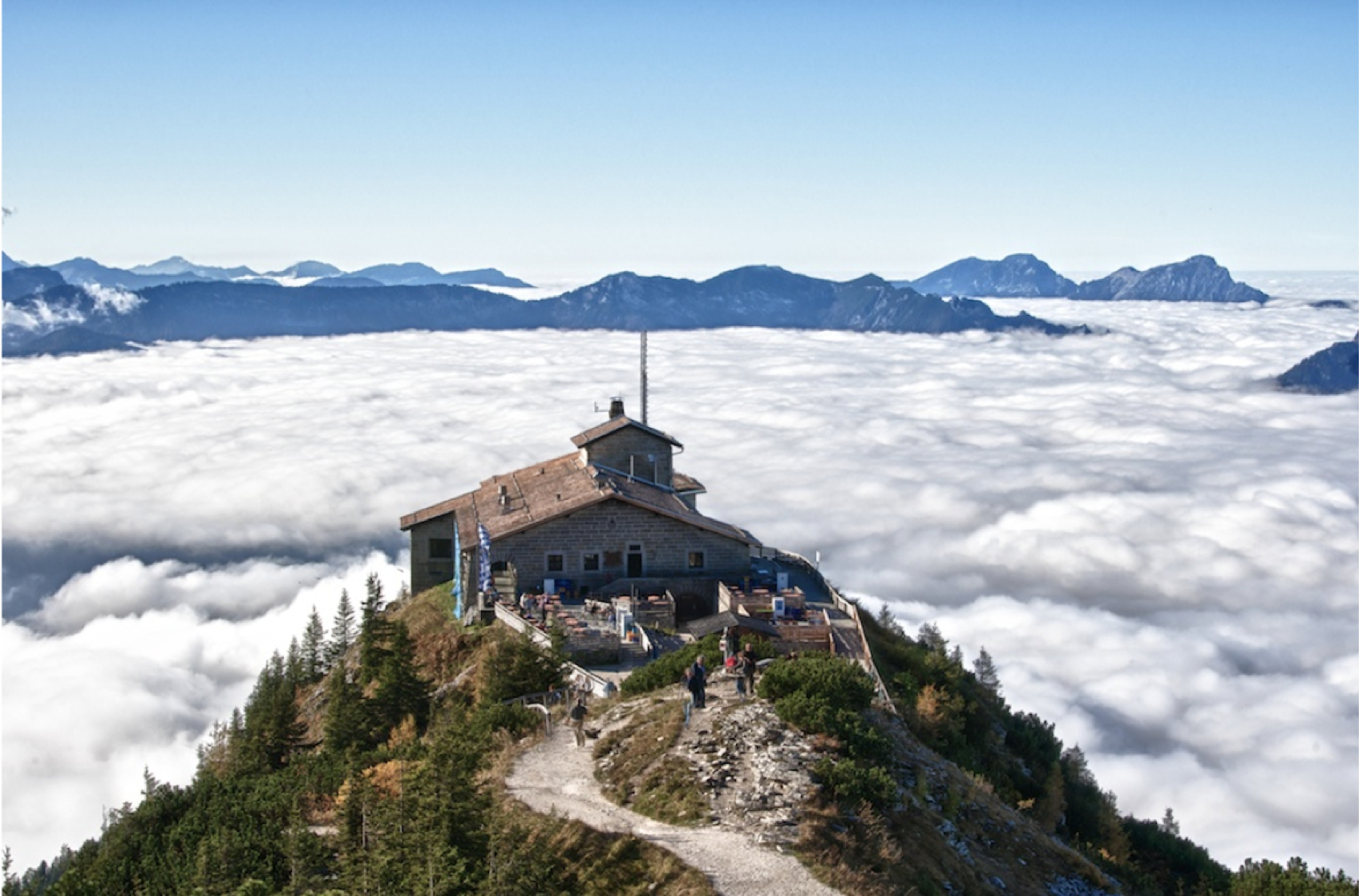 In the mid 1930’s the bucolic area around Berchtesgaden lost its innocence when Hitler (who had bought a house in the area) and many of his top lieutenants built their Alpine retreats in the hills above Berchtesgaden turning picturesque Obersalzberg into the most important Nazi command center outside Berlin. While propaganda makers crafted images of Hitler sporting Lederhosen and receiving flowers from adoring little children, in truth many of the decisions leading to WWII were hatched in Hitler’s Berghof residence.

In one of our most fascinating tours, a special DD history guide will take you

on a mind-boggling tour of the Obersalzberg compound as you’ll stumble over the ruins of Hitler’s private home and descend to the underground bunkers where Nazi leaders hid from Allied air raids.

At the top of a breath-taking, steep hairpin road you will finally reach the Eagle’s Nest: Hitler’s ‘tea house’, daringly perched on a mountain ridge 6,000 feet high. While taking in the grandiose vistas, you’ll find it hard to fathom how, in such a gloriously scenic spot, Hitler and his cronies could make such sinister plans…