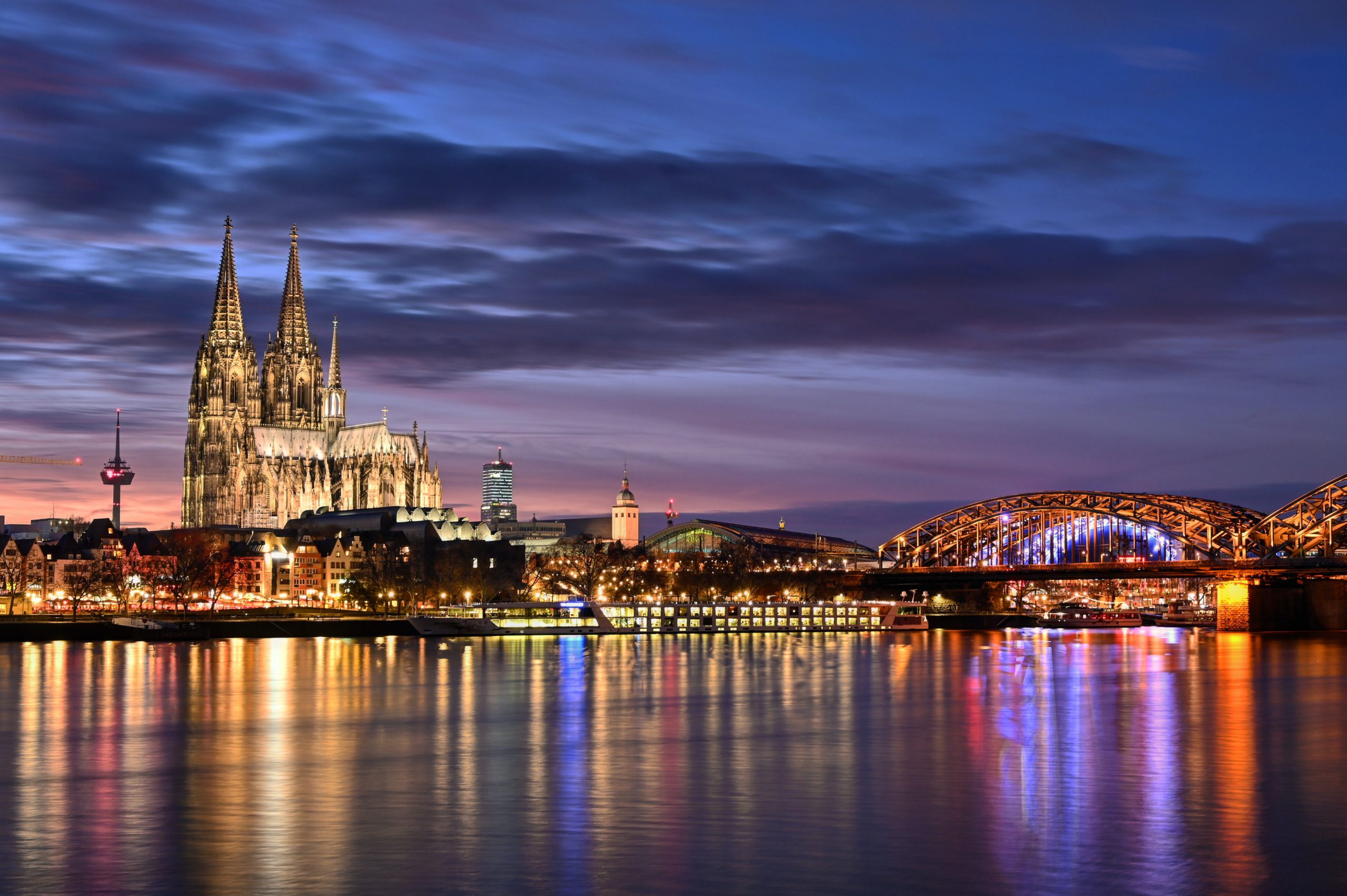 Once upon a time, many years ago, in 1248, the daring citizens of a small settlement on the banks of the river Rhine set about building the Cathedral of Cologne. It’s hard to fathom that the construction was so awesome (literally!) that it is still the 3rd largest cathedral on earth today, almost 800 years later.

While the Dome towering over the Rhine remains Cologne’s most inescapable landmark, its proud citizens also revel in their vibrant city, with a thriving art scene, rich history and an abundance of delicious restaurants.

Its rich traditions culminate in the annual Cologne Carnival, a Mardi Gras like blowout, when the laidback and warm-hearted (and a little crazy!) locals dress up and draw millions to join them in the streets for one of Europe’s greatest parties.

Don’t miss the yummy Chocolate Museum and the home of the famous “Cologne” Perfume.