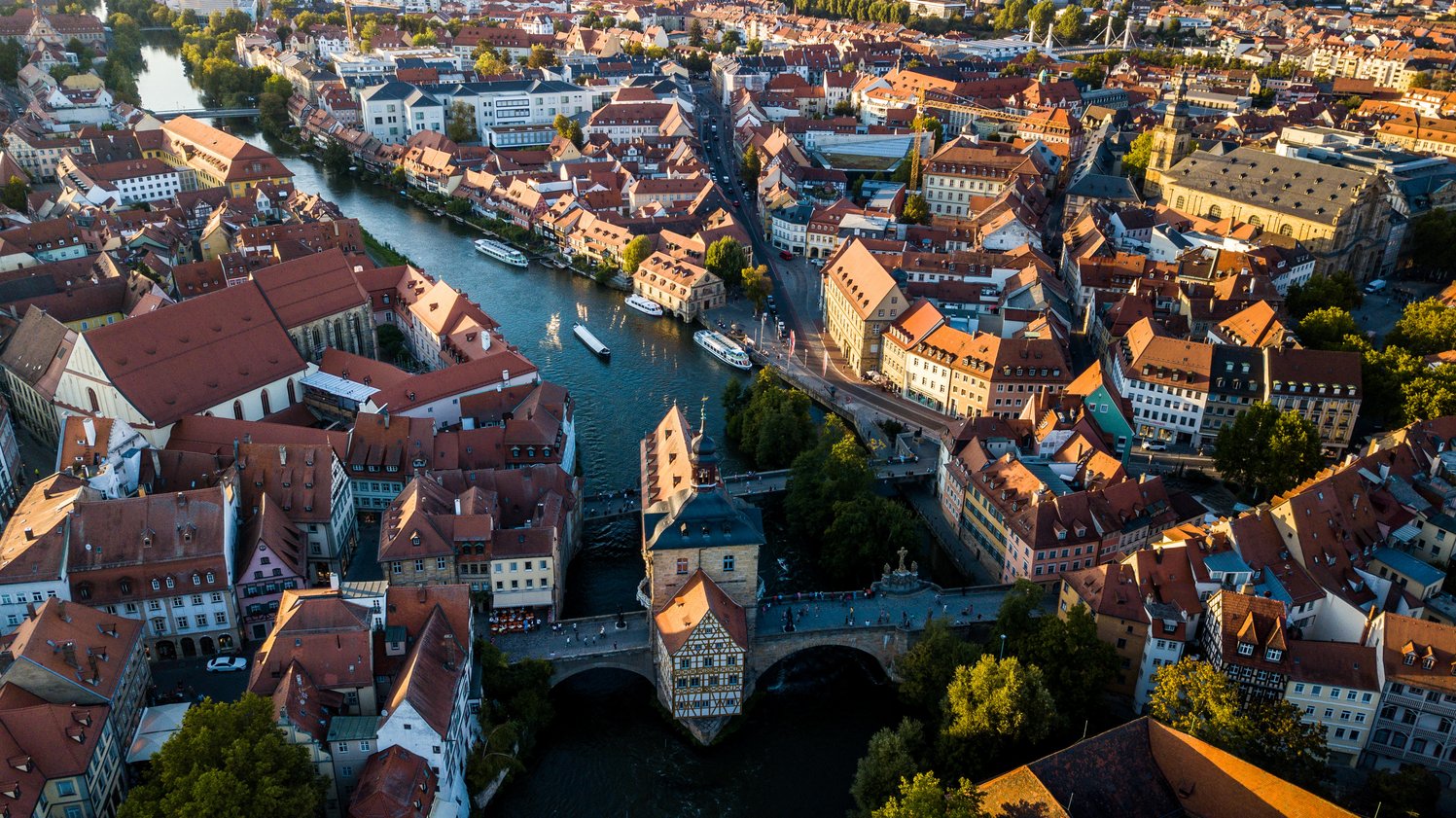 The picture postcard town of Bamberg is a veritable hidden gem often overlooked by international visitors.

First and foremost, however, Bamberg is famous for its brimming beer culture. No fewer than 10 breweries in town (and another 200 in the surrounding countryside) cook up Germany’s best, most sapid and flavorful beer. Bamberg’s brewing tradition goes back a 1,000 years and has thankfully resisted every modern mainstream trend. Century-old brew houses tap local beer directly from their wooden barrels, cheerful crowds fill Bamberg’s cozy taverns, and the locals flock to Bamberg’s unique beer gardens. Bamberg celebrates beer all year and the city’s famous Rauchbier is the kind of beer that justifies the long voyage all by itself.