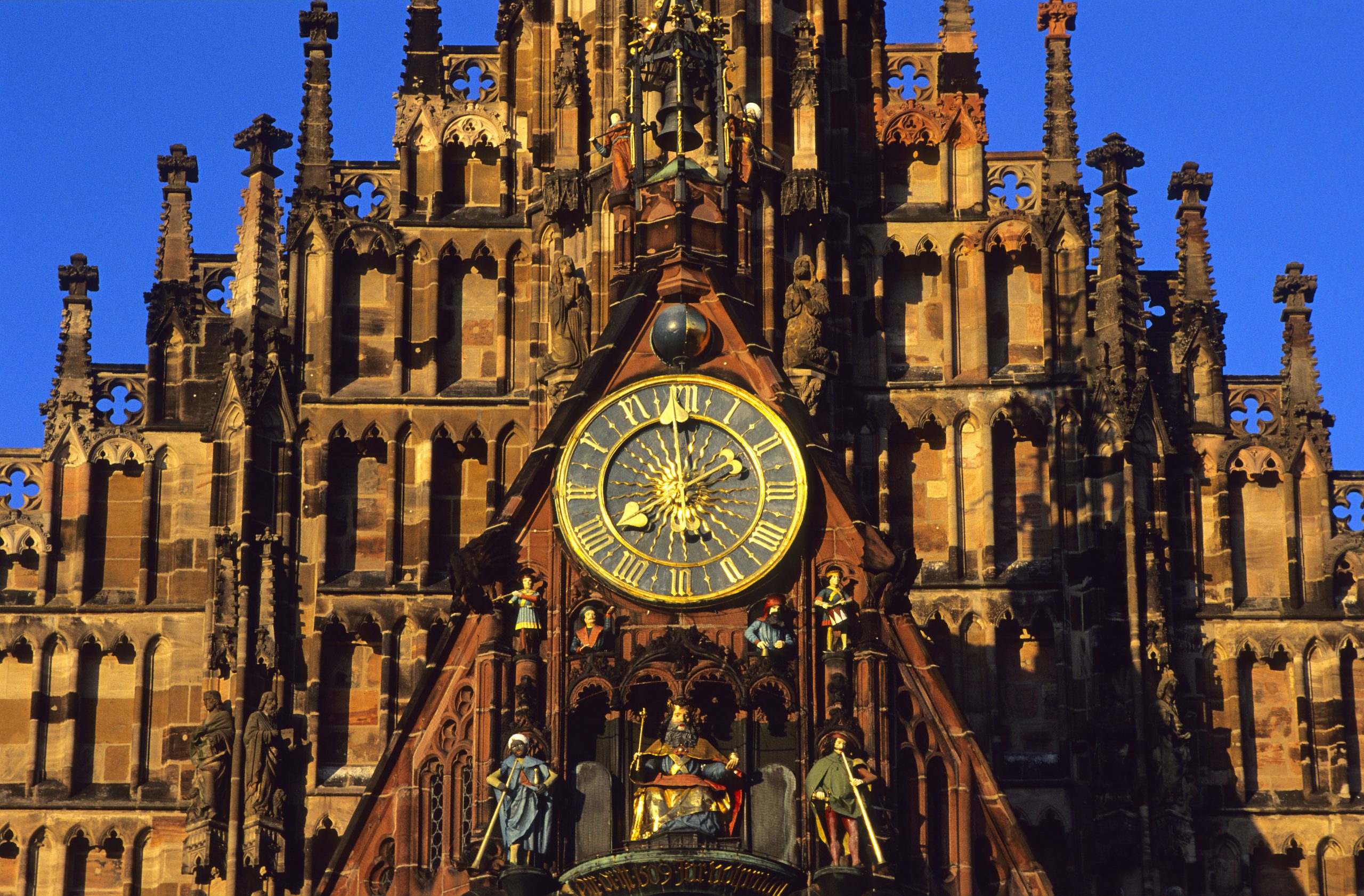 For most of the Middle Ages Nuremberg was Germany’s largest and most influential city and for centuries attracted the world’s best scientist, artists and humanists. The Emperor’s mighty castle still thrones above the town’s red-tiled roofs.

Hungry? The aroma of roasted sausages constantly permeates the air. We’ll take you to one of the country’s oldest restaurants to find out why Nuremberg‘s Bratwursts really are the best.

Nuremberg earned dubious fame as the home of the fanatic Nazi Party Rallies, and subsequently became the site for the WWII war criminals’ trials where Hitler’ henchmen were ultimately brought to justice.

Uniquely blending today’s contemporary lifestyle with its medieval soul, Nuremberg is brimming with energy all year round, but is especially famous for its 400-year-old Christmas market, when hundreds of stalls laden with toys, tinsel and deliciously spicy gingerbread offer their tempting fare.